Join us at these upcoming events where you can hear our story and learn more about what makes Cannapreneur Partners truly special. 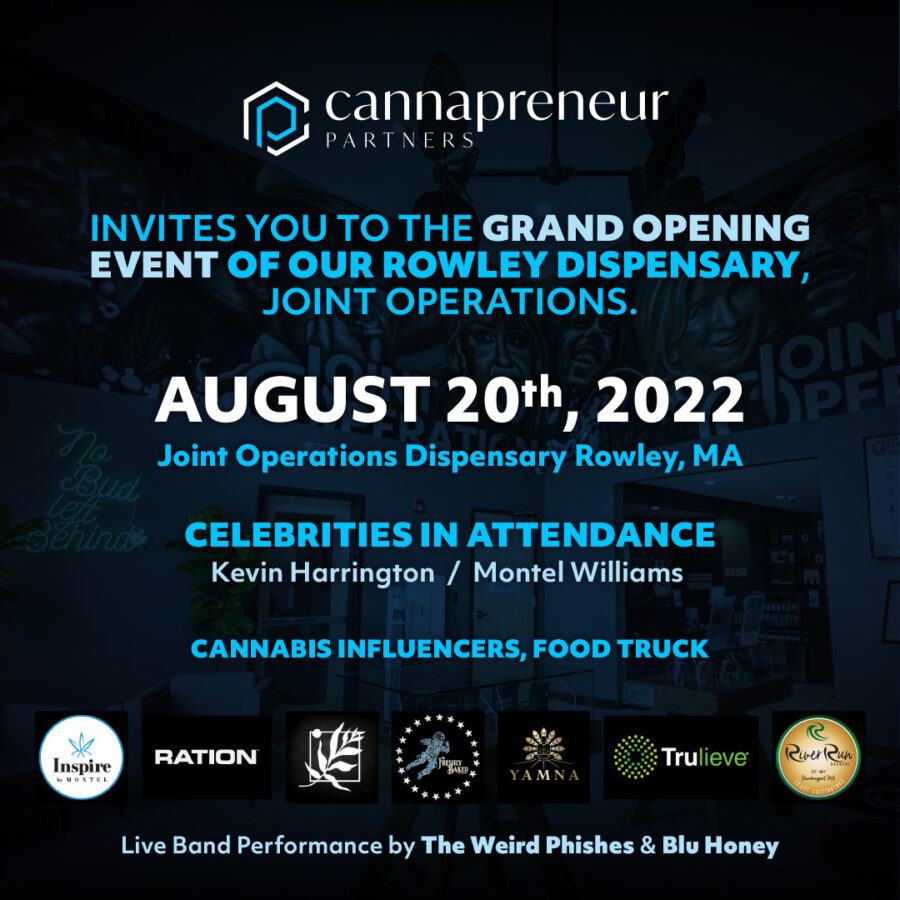 Joint Operations officially opened its doors on August 1, 2022.  On August 20th, Joint Operations will be celebrating its very first dispensary Grand Opening. This new development is monumental for not just the team, but for the local community and its veterans. Joint Operations, powered by Cannapreneur Partners, is a veteran co-owned dispensary with a mission to raise awareness on cannabis education and wellness.

This event will also feature a surprising list of celebrity speakers and cannabis influencers, including none other than nationally renowned American entrepreneur, and original “Shark” on ABC’s “Shark Tank”, Kevin Harrington.

Also confirmed for attendance will be nationally renowned TV-Host, Actor, Speaker, and Veteran Montel Williams. Williams began his professional career in the United States Marine Corp and was the first black Marine selected to the Naval Academy Prep School to then go on to graduate from the United States Naval Academy and be commissioned a Naval Officer.

Each of these guests will be able to share their own experiences and what has led them to be interested in the legal cannabis space.

The Grand Opening event is open to the entire community (ages 21+) in an effort to help end the stigma of cannabis through education, wellness, and fun. We are anticipating a large turnout that helps raise awareness of the ultimate goal of helping veterans and everyone within the North Shore community.

When asked about his thoughts on the upcoming Grand Opening event, Cannapreneur Partners’ Todd Sullivan stated: “The data is undeniable, when we bring cannabis to a community, there are many positive societal impacts. Doctors write fewer prescriptions for addictive substances, overdoses fall, college binge drinking falls, and more. Both Montel Williams and Kevin Harrington came to cannabis for health reasons. Both have had tremendous success with it and we are very excited to have our customers hear their stories.”

With a large turnout of the event, Joint Operations is hoping that they can inspire more people to get educated on how cannabis can act as a safe, alternative, all-natural product that allows people to get the treatment and relief they need from a variety of ailments. The doors will be open to anyone who is 21+ years of age.

If you would like to learn more about the upcoming Rowley, MA Grand Opening as well as other Joint Operations events, please visit our events page here: www.jointoperations.com/events-one/joint-operations-grand-opening-party 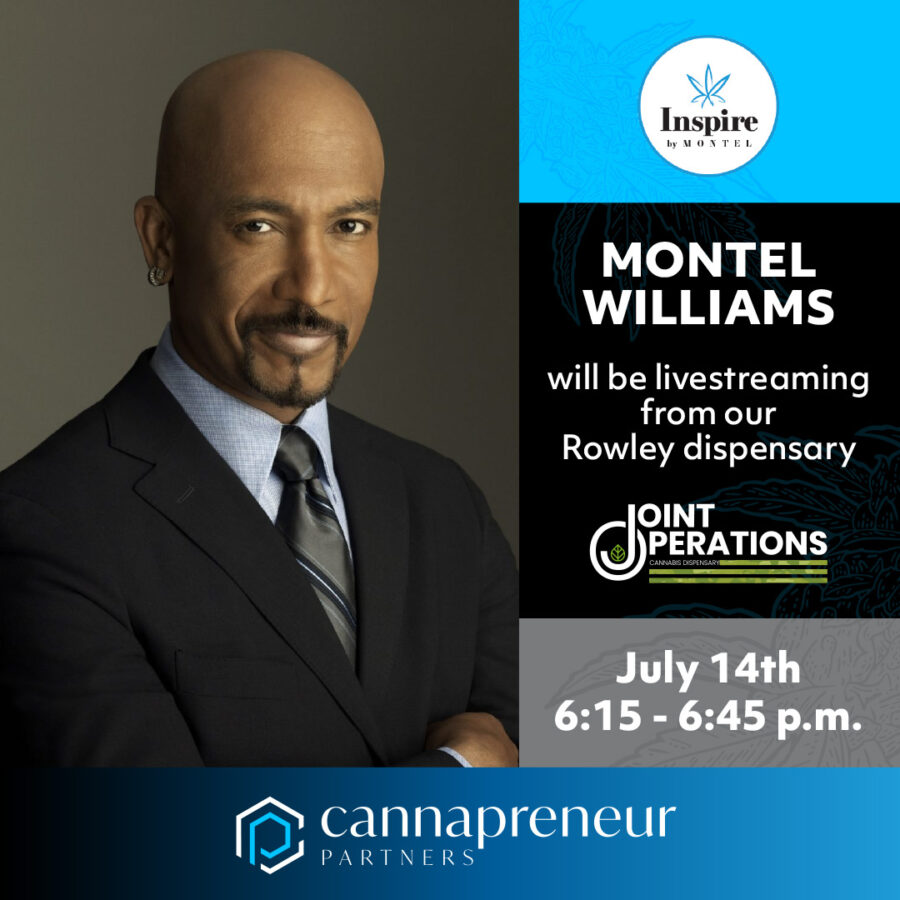 Joint Operations is working hard to raise awareness on the natural benefits and wellness that cannabis can bring to our nation’s veterans. Nationally-renowned TV-Host, Actor, Speaker, and Veteran Montel Williams, will be visiting the new Rowley, MA Joint Operations dispensary on July 14 to help our team with this goal.
Montel will be Live streaming from the Joint Operations Rowley Location right before the doors open officially, from 6:15 PM to 6:45 PM EST. He will be talking about: This will be live-streamed on Joint Operations Facebook and Instagram, as well as Montel’s “Let’s Be Blunt” platforms. 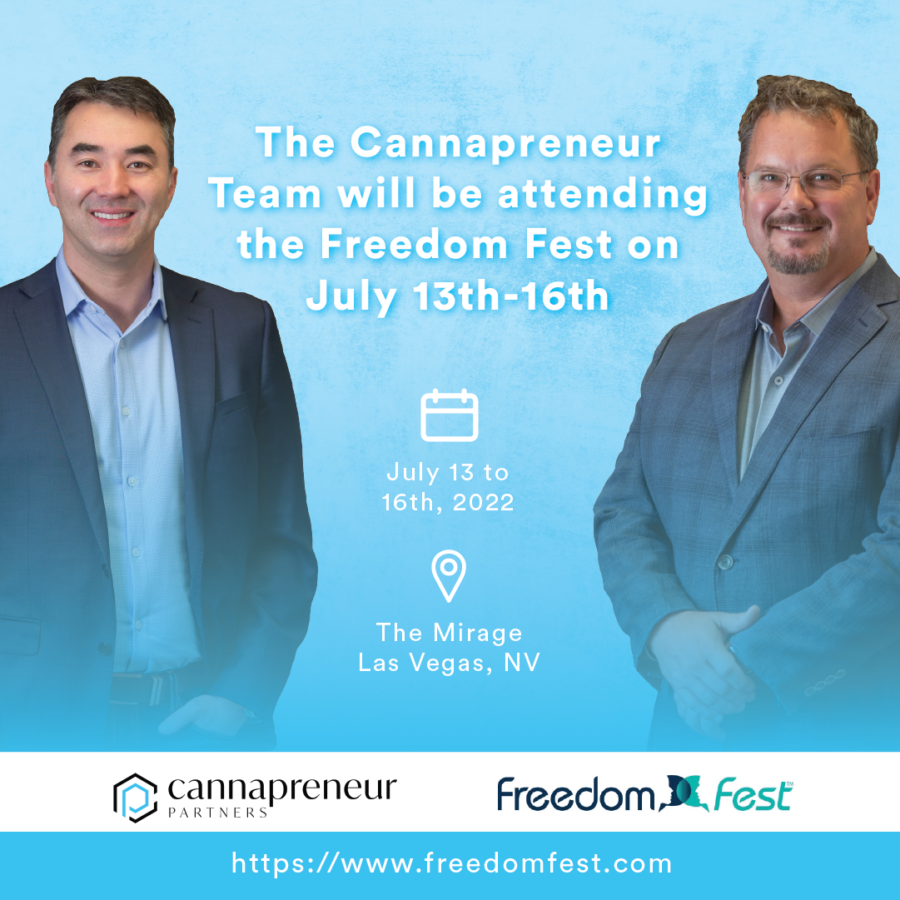 Hear from brilliant minds across a wide range of topics – geo-political, economic, financial, philosophical, historical, social, medical and more. Interact with our expert speakers in the Q&A at the end of each session – or meet in the exhibit hall for a candid conversation!
Cannapreneur Partners Speaking Times:

Where: The Mirage Las Vegas, NV

Attend the largest gathering of Wall Street's most experienced and insightful experts in Orlando and build invaluable knowledge to chart your path towards growth and prosperity in any environment. Positioning your portfolio to reap the benefits while safeguarding against the volatility of these challenging times requires the very best tools, strategies, and advice. The expert presentations, workshops, and spirited panel discussions you will attend over these three days will focus on new investment ideas that address the current economic and geopolitical environment, including specific stock, bond, and fund buy and sell recommendations. Attending this one-of-a-kind investment conference will help you hone your investing and trading skills with the nation's elite money pros, so make plans now to join us at The MoneyShow Orlando; it could be the best investment you'll make this year!

Where: Omni Orlando Resort at Championsgate 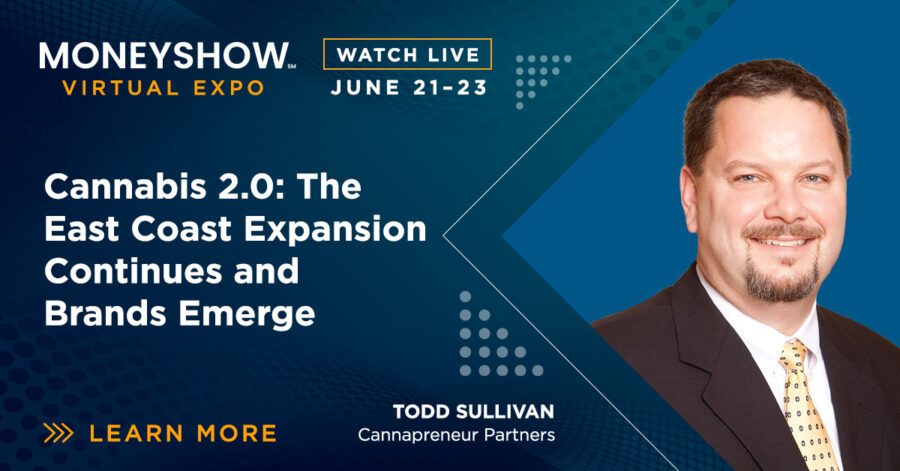 GET LIVE MARKET ANALYSIS, PORTFOLIO PICKS, & TRADE IDEAS FROM 60+ TOP MARKET EXPERTS!
At The MoneyShow Virtual Expo, the country’s most sought-after financial experts will assemble to share in-depth intelligence about the markets, and the catalysts and trends driving them, to help you chart your path to growth and prosperity in any market environment! Attend LIVE presentations where you can chat directly with the experts and fellow investors and traders from around the world. Plus, you can visit INTERACTIVE virtual booths featuring message boards, timely research, educational videos, exclusive discounts, prize drawings, and more!
Cannapreneur Partners Speaking Time: Tuesday June 21 (1:20-1:50 EDT) 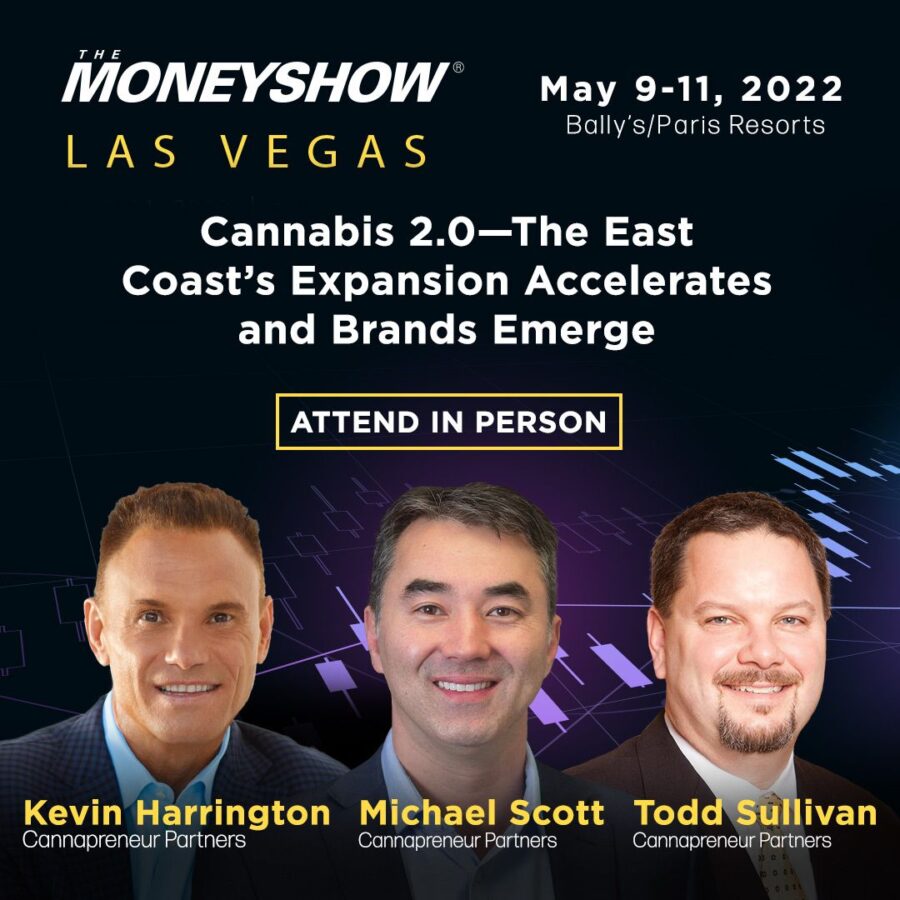 For over 40 years, The MoneyShow has empowered investors with the in-depth education and actionable, expert advice required to become effective managers of their assets. This founding principle has not changed. We remain committed to bringing together the best minds in the financial industry to deliver a program that is unparalleled in allowing you, the long-term investor or active trader, to meet face to face with the renowned money experts you’ve seen on television and read about in top financial publications, Web sites, and more. This unique learning experience is your one-stop opportunity for IN PERSON investment education, unbiased guidance, and personal connections to increase your wealth in the current environment.

Proprietary due-diligence for both investors and entrepreneurs enabling great synergies and explosive growth. 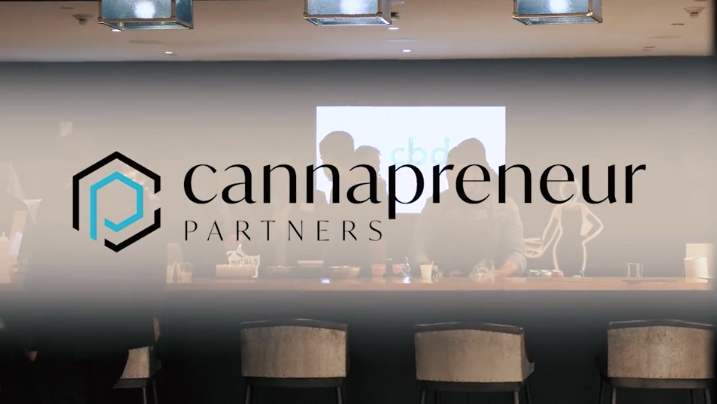 By partnering with select cannabis operators, partners, and sponsors for each event, Cannapreneur Partners is able to showcase exclusive presentations to smart Investors looking to place private capital with the top 1% of local, regional, and national cannabis entrepreneurs and businesses seeking partnership and investment. From seed funding to exit strategies, our events match the right investors with the right opportunities resulting in long term partnerships and enabling explosive growth.

What others have said about us

Strategic Success Generated For Our Partners 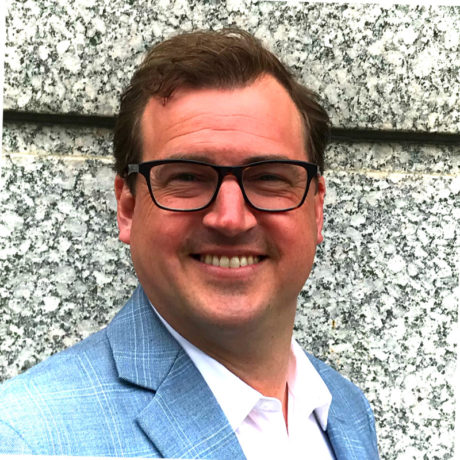 Our cannabis game drastically changed once we became part of the Cannapreneur Partners family. Their insight, expertise, and professionalism is second to none. The CP team took us off the JV field and put us on the pro turf.

Cannapreneur Partners has been integral to Budrisk’s growth as we help protect the assets of cannabis businesses.