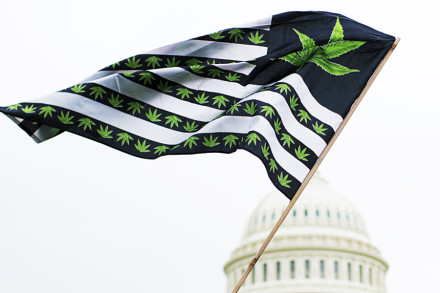 From the SAFE Banking Act, to delivery, to upcoming cannabis investment events – it’s been a big week for legal weed.

First, on Tuesday, the Massachusetts Cannabis Control Commission paved the way for both social consumption cafes to be green lit in the state. But also (and more importantly for many patients and consumers), home delivery now has some welcoming light pouring in at the end of the long tunnel the matter has been traveling down. From Leafly: “Massachusetts regulators have approved a tightly-regulated home delivery system for adult-use cannabis. The state’s Cannabis Control Commission voted 4-1 Tuesday to grant final approval for the system. Legal deliveries are scheduled to begin next year. For two years, the commission will only give delivery permits to participants in its social equity program, as well as smaller growers and businesses owned by state residents.”

Then, a monumental moment in the ongoing plight to allow legal cannabis businesses and entrepreneurs to actually be able to access traditional banking and financial services long prevented by current laws and federal prohibition occurred this week.

The SAFE Banking Act (H.R. 1595), full title Secure and Fair Enforcement (SAFE) Act, also referred to as the SAFE Banking Act of 2019, passed in the US House of Representatives in a bipartisan-led effort to allow legal marijuana businesses access to banks as well as allowing consumers to use credit and debit cards for buying legal cannabis products.

Fantastic. But now all eyes turn to the Republican-led Senate, where the act will either move into accepted law or be thwarted once again in the halls of legislation.

And if you listen to the wonks following the issue, the tailwinds of change may actually bring the SAFE Banking Act across the finish line.

From Politico: “Their confidence follows action in the House on Wednesday, where Democrats and Republicans joined forces to pass an historic bill that would give legalized marijuana businesses access to banking services. Senate Republicans are expected to act as lawmakers face the inescapable reality of the 33 states and counting that have legalized marijuana in some form.”

But here’s the key takeaway that the inertia has hit critical mass regarding the chances the Senate will pass the SAFE Banking Act: “The strongest indicator has come from the chairman of the Senate Banking Committee Mike Crapo (R-Idaho), who after months of weighing the issue said he wants to advance the legislation.”

This should be a marker in the sand for smart, motivated investors interested in placing private capital or entering the cannabis space. Especially those working in traditional financial services or industries causing conflicts when investors are highly interested in placing capital in legal cannabis. In the hours after the SAFE Banking Act passed in the House, cannabis stocks saw a positive uptick from the news.

The Massachusetts legal cannabis industry is already seeing the incredible entrepreneurs and cannabis operators with track records of success seeking crucial capital emerge, and that need for smart capital investment remains a key barrier that even CCC Commissioner Steve Hoffman acknowledges is a fundamental dilemma that investors/investment can overcome in the local industry.

Considering by this past June, when the six-month mark of open recreational adult-use cannabis sales had been hit, the state’s figures underscore the incredible opportunity for both operators and private capital investors alike:

Speaking of learning where to place private capital in the industry…

ARE YOU AN ACCREDITED INVESTOR? Or are trying to be after learning the SAFE Banking Act passed in the House, but can’t find where to place private capital in best-in-class cannabis operators, entrepreneurs, and existing businesses at various stages of success for explosive returns?

RSVP to our October 16 investor night in Boston’s Seaport.

CEO Michael Scott will be breaking down Cannapreneur Partners fundraise, examples of the incredible investment opportunities both in CP’s pipeline for capital placement, as well as broader opportunities in the legal cannabis market.

Hear first hand how CP is raising capital with a “profits with purpose” approach to cannabis investments, and how investors could potentially see explosive 5x-10x returns.

Michael will demonstrate for event attendees the proof of CP’s model by breaking down current successes in the industry for motivated investors looking for the top 1% opportunities and entrepreneurs with strong track records of success that can flourish with crucial capital investment.

With Michael Scott’s professional focus on the cannabis industry, he has been instrumental in bringing cannabis companies from pitch deck to nine-figure valuations with the infusion of smart capital, strategy, and purpose-driven leadership. Michael and team have developed an extensive lead in replicating “Shark Tank” in cannabis for the Boston area.

Hear first hand how CP is raising capital with a “profits with purpose” approach to cannabis investments, and how investors could potentially see explosive 5x-10x returns.

You can also sign up for our weekly free cannabis investment webinar.